Recent studies documenting the presence of intraclonal variation in macroalgae indicate that there is considerable potential for selection in algae at levels other that among genets. As in other modular organisms, genetic changes that occur in algal somatic tissues may contribute to variation among sexual or asexual progeny. Several unusual aspects of algal reproduction and genetics increase the likelihood of intraclonal variation in contrast to the more familiar or- ganisms that have strongly influenced much evolutionary theory. Somatic mutation, mitotic recombination, ploidy changes and rapid changes in genotype have all been documented in clonal lineages of macroalgae. The rarity of sex- ual processes in many algal populations suggests that this intraclonal genetic variation may contribute substantially to levels of genetic variation. Mechanisms that buffer the effects of somatic mutation in higher plants (e.g. stochastic meristems, diploidy) are often absent in algae, and thus intraclonal genetic variation has a high probability of being inherited and expressed in the phenotype of algal offspring. The presence of intraclonal variation, and some addi- tional unusual aspects of algal biology, affect our concepts of the individual in biology. 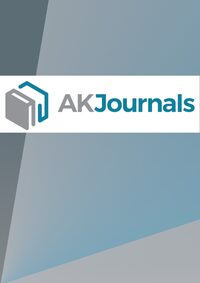