Twenty-nine years ago the idea of critical regionalism was presented by Kenneth Frampton in his non-conventional essay Toward a Critical Regionalism. Six Points for an Architecture of Resistance (1983), preceded by a list of architects considered to be answers to globalism. A return to the genius loci seeking the roots of a genuine architecture proposed the necessity of another modernism, but it proved too academic to address the architects in praxis. ‘Resistance’ could not define revolutionary alternatives to the textbook avant-gardes without revising the meaning of architectural authenticity. Critical regionalist tenets need to be returned to the discussion in order to break through the concept’s still theoretical position as an impact of, among others Walter Benjamin’s definition of the aura. Benjamin’s recognition relates to Gernot Böhme’s views on the atmosphere, which places the dispute on an empirical, however, not abstractly objective level. Our effort targets the experience of presence of both the building, and the inhabitant, as a basis for a better understanding of the place fundamental to regionalism. It is coherent with Peter Zumthor’s lectures, who assumes it to be an integral part of his design practice. Can we refine critical regionalism’s provisions? We need to turn to the experimental reality in order to provide an authentic basis for the architecture of renewing identity. It is also required that we broaden the application of Frampton’s ontological principals to match them with Mircea Eliade’s or Titus Burckhardt’s explanatory studies offering non-western approaches to architectural perception. Hungary may contribute to both the reinterpretation of the ‘foreign’ theory of critical regionalism, and the creation of a new identity in Europe’s regional palette. The critical aspects of the artistic approaches and the relevant analysis of some new buildings completing the historical complex of the Benedictine Archabbey of Pannonhalma may play a lead role in fulfilling these missions as well. 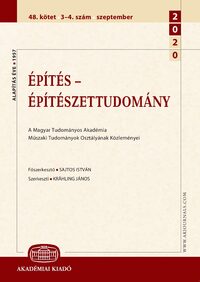