We shall prove that every function locally integrable in then-dimensional Euclidean spaceRn can be expanded into a series whose terms are the Steklov means of the second differences of the given function. In addition, the lengths of the edges of the cubes with respect to which averaging is taken form an infinite decreasing geometric progression. The series obtained in this way converge almost everywhere inRn. If the function expanded belongs to the Lebesgue spaceLp on a compact set ofRn for some 1≤p<∞, then the expansion converges also in the norm of this space. 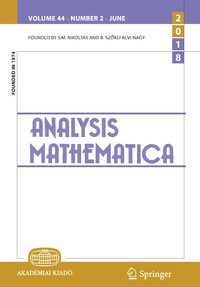