We examine, in a general setting, a notion of inverse semigroup of left quotients, which we call left I-quotients. This concept has appeared, and has been used, as far back as Clifford’s seminal work describing bisimple inverse monoids in terms of their right unit subsemigroups. As a consequence of our approach, we find a straightforward way of extending Clifford’s work to bisimple inverse semigroups (a step that has previously proved to be awkward). We also put some earlier work of Gantos into a wider and clearer context, and pave the way for further progress. 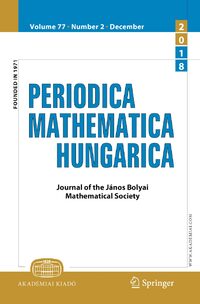 On the principle of inclusion and exclusion