Mindfulness is defined as an enhanced state of attention and awareness characterized by an open, non-judgmental pre-reflexive information processing style. Although there are different questionnaires measuring trait mindfulness, validated Hungarian versions are still lacking. One of the most widely used questionnaire for the measurement of dispositional mindfulness is the Mindful Attention Awareness Scale (MAAS) developed by Brown and Ryan (2003). In the present study, psychometric properties and personality correlates of the Hungarian version of the Scale (MAAS-H) were investigated on a student sample (N = 511). The scale has good internal consistency (Cronbach’s alfa = 0.78), a single factor structure and a test-retest reliability of 0.71 over a two months period. MAAS showed medium level correlations (Kendall’s tau_b = 0.18 and 0.19) with positive affectivity (PANAS+) and well-being (WB-5), and negative correlations (–0.22, –0.26 and –0.33) with various measures related to negative affectivity (PHQ-15, PANAS– and STAI-T, respectively). Correlation with private body consciousness (PBCS) was quite low (–0.09). Our results indicate that the psychometric qualities of the Hungarian version of the Mindful Attention Awareness Scale are in coherence with the original scale, and thus proved to be a valid tool in order to quantify dispositional mindfulness. 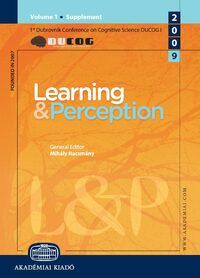