Here we suggest that subjects' performance in a traditional object permanence paradigm could be based on the contribution of different cognitive capacities such as (1) the ability to represent an object mentally in case of invisible displacements; (2) the ability to use appropriate deductive inferences; (3) the ability to use associative learning and local rules or cues; and (4) the presence of appropriate motivation to solve the task. In addition to these, there is another factor that may contribute to the performance, at least in some social species: (5) the ability to identify and use social rules that are formed by the interaction with the experimenter during the consecutive object hiding and search tasks. Experiment 1 was designed to demonstrate that such social rules may have an independent influence on the performance of both human and dog subjects during consecutive object hiding and search tasks. The behaviors of adult and preschool humans and adult pet dogs were compared in a modified version of the successive invisible displacements task (no object condition) and in a similar task in which, however, the location of the target object was well known by the subjects (game condition ).  During the no object condition most of the humans and dogs performed a full and systematic search of all potential hiding places. However, results in game condition indicate that Piagetian object permanence tests may be interpreted by both dogs and humans not only as object hiding and finding tasks, but, alternatively, as social-behavioral games of different sorts that may contribute to the systematic search performance. It seems that successful performance on such tasks should not be interpreted exclusively as indicating a representational understanding of object permanence and an ability for deductive inferences. A second experiment was directly designed to demonstrate the influential effect of social rules in the object hiding and finding tasks. Results show that the functional 'opacity' of the Hider's behaviour (i.e., performing both functionally relevant and irrelevant actions upon hiding) enhanced the emergence of 'obeying social rules' (i.e., dogs tended to perform search behaviour, although they knew the location of the target object). We suggest that during their domestication dogs may have been selected for certain human-like capacities such as recognising and following social rules in the context of interacting with humans. 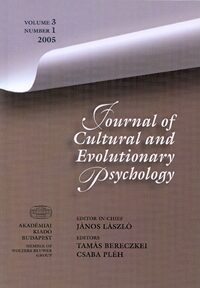 Examining the Modularity Concept in Evolutionary Psychology: The Level of Genes, Mind, and Culture