Solar energy systems have emerged over the last decades as the cleanest and most abundant renewable energy resources available worldwide. Solar trackers are devices specially developed to enhance the energy efficiency of solar energy systems. This paper presents the design and implementation stages of a reconfigurable hardware technology-based two-axis solar tracker platform, specially conceived to improve the energy efficiency of photovoltaic (PV) panels. The main module of this platform is the NI MyRIO ready-to-use development system built upon a high-performance Field Programmable Gate Array (FPGA) processor that controls the entire solar tracker unit. Optimal tracking of the sun movement and obtaining the maximal energy efficiency rate is achieved by simultaneous real-time controlling both the captured sunlight intensity and PV cell temperature magnitudes. In this way, a robust and versatile positioning system has been developed that performs a high precision and accurate tracking pathway. All the control algorithms are implemented there under the LabView graphical programming software toolkit. The final solution boosts in a useful and modularized tracking system that looks useful in a wide range of applications both in industrial and domestic project sites with different power scales.

Industry 4.0 is referred as the fourth industrial revolution that represents the information intensive transformation of industrial automation and manufacturing processes. Cyber-physical systems (CPS) are building blocks in Industry 4.0 and part of the Industry 4.0 vision. This paper presents a cyber-physical platform development and implementation strategy for Industry 4.0 applications. It has been considered a cyber-physical platform model (CPP) built upon hardware reconfigurable technology based on a Field Programmable Gate Array (FPGA) processor framework. The development strategy exploits the full benefits enabled by reconfigurable hardware, such as scalability of complex systems, platform-based design approach, adaptive processing, real-time constrains management, or high performance prototyping capabilities. The implemented experimental setup also combines major advantages of both the hardware and software platform-based design trends in Industry 4.0. In this endeavor, the used software toolkit comprises the entire system complexity as a high performance integration layer. The presented design method and implementation strategy can serve as rough orientation for future CPS research and development activities.

Reliability is one of the most important criteria that characterize last generation digital systems. In a wide range of applications the required reliability level is achieved by using hardware redundant configurations. Perhaps their most common form is the triple modular redundancy (TMR) based on a majority voting structure. Researchers that use this strategy make a major assumption: in fault-free operation mode the outputs of these digital systems match in all. This paper proves that synchronization and matching in all the outputs of such systems is not such a trivial problem. In this endeavor FPGA-based (Field Programmable Gate Arrays) redundant topologies are considered for study and experiments. Upon these structures specially conceived redundant models have been developed and simulated. The results outline that synchronization of complex digital systems is a difficult engineering undertaking and any initial assumption should be managed with the adequate circumspection. 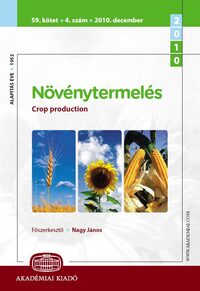 In an attempt to devise a model which more closely imitates cellular biology a three-dimensional (3D) artificial organism model developed upon a two-layer coarse-fine-grid network model is proposed in this paper. The strength of this original approach is that it endeavors to capture the complexity of both the cellular networks as well as that of the biological cell itself, by implementing the internal biological phenomena of an organism into a 3D two different network topology hardware layer. In essence, this model not only keeps the full advantages of previously created 2D models that enable the implementation of similar self-replicating or selfrepairing abilities akin to those expressed by its cellular equivalents in nature, but there the inherent need of artificial cell structures to fulfill the entire role of a biological cell in the network is also expressed. Computer-aided simulation results prove that this kind of 3D coarse-fine-grid approach is well feasible physically therefore the model has been implemented into a computing platform made of custom reconfigurable Field Programmable Gate Array (FPGA) processors.

Recently, an increase in the occurrence of oral diseases in cats has been observed. Symptoms vary from case to case, but loss of appetite or fastidiousness can almost always be noted. Proliferative inflammatory eosinophilic granulomatosis is a common disease in cats, which may be localised to the skin, the mucocutaneous junctions or the oral cavity. The disease has three different manifestations: indolent cellular ulcer, eosinophilic plaque, and eosinophilic granuloma. The last mentioned form predominantly affects the medial surface of the thigh, the cheek, the tongue and the palate. Pain is not common, the lesion is nonpruritic if localised to the skin, but the nodular form in the oral cavity may make deglutition difficult. In this case, a 10.5-year-old cat was presented in poor condition due to feeding problems. Examination revealed a mass of unknown origin with macroscopically tumorous appearance, localised to the pharyngeal part of the tongue, which made swallowing and voluntary feeding difficult. The granuloma was removed by laser-assisted surgery. After adequate preparation, a LASER diode with 6–10 W output power was used, set to continuous constant-amplitude output (CW) running in a 0.6 mm optic fibre to the site of interest. The removed tissue was examined for pathomorphological features: haematoxylin and eosin, Giemsa, Azan and PAS stainings were performed to aid diagnosis. After surgery the cat recovered fast on steroids, and its condition and quality of life improved greatly. The traditional surgical technique was inapplicable due to the heavy vasculature and corresponding bleeding of the tongue.

Secondary tumoural valvulopathy in a dog

This short report describes a case of tricuspid valvular metastasis of canine disseminated histiocytic sarcoma in a 9-year-old female Rottweiler. Immunohistochemically the malignant neoplastic cells gave a strong reaction for vimentin and lysozyme, and showed negativity for serotonin, CD3, CD79a and cytokeratin. The intratumoural microvessels were detected by immunohistochemistry using CD31 and claudin-5. This appears to be the first report of a valvular metastasis of canine malignant histiocytosis.

Cutaneous mast cell tumour within a lipoma in a boxer

This report describes a case of a canine cutaneous grade I mast cell tumour which developed within a lipoma in the right axillar region of an 8-year-old male Boxer. Immunohistologically, the neoplastic mast cells were positive for serotonin, CD45 vimentin and p53, and negative for lysozyme, CD3 and CD79a expression. The proliferation index of the mast cell tumour based on the Ki-67 antigen was 6.1%. Between the benign neoplastic lipocytes and mastocytoma tumour cells intratumoural microvessels were detected by immunohistochemical staining using CD31 and claudin-5 as markers for vascular endothelium.