Polyhedron complexes with simply transitive group actions and their realizations

Visibility of the higher-dimensional central projection into the projective sphere

We can describe higher-dimensional classical spaces by analytical projective geometry, if we embed the d-dimensional real space onto a d + 1-dimensional real projective metric vector space. This method allows an approach to Euclidean, hyperbolic, spherical and other geometries uniformly [8]. To visualize d-dimensional solids, it is customary to make axonometric projection of them. In our opinion the central projection gives more information about these objects, and it contains the axonometric projection as well, if the central figure is an ideal point or an s-dimensional subspace at infinity. We suggest a general method which can project solids into any picture plane (space) from any central figure, complementary to the projection plane (space). Opposite to most of the other algorithms in the literature, our algorithm projects higher-dimensional solids directly into the two-dimensional picture plane (especially into the computer screen), it does not use the three-dimensional space for intermediate step. Our algorithm provides a general, so-called lexicographic visibility criterion in Definition and Theorem 3.4, so it determines an extended visibility of the d-dimensional solids by describing the edge framework of the two-dimensional surface in front of us. In addition we can move the central figure and the image plane of the projection, so we can simulate the moving position of the observer at fixed objects on the computer screen (see first our figures in reverse order).

The present study was focused on the selection of S. cereale cultivars of different geographic origin showing polymorphism detectable by fluorescent in situ hybridization on their 1RS chromosome arms. One perennial and four annual genotypes were tested. FISH was carried out with the DNA probes pSc119.2 and (AAC) 5 . The pSc119.2 probe gave hybridization signals different from that of the rye ‘Petkus’ on the 1RS arms of all five rye cultivars examined. Differences were manifested mainly in the intensity of the labelling, but the complete lack of FISH signals and double signals were also observed.

Concentration and determination of rare earth impurities in an yttrium matrix

The aim of the present study was to test the efficiency of gamma irradiation in inducing translocations between wheat and barley genomes using addition lines. The Martonvásári 9 kr1-Igri disomic addition set, previously produced in Martonvásár, was irradiated with gamma rays. The pattern of irradiation-induced intergenomic chromosome rearrangements was analysed in the mutagenized (M0) generation by genomic in situ hybridization (GISH). Centric fusions and a wide variety of reciprocal, terminal and interstitial translocations were frequently induced. The intergeneric translocations produced here are expected to be stabilized in later backcross progenies as a set of introgression lines carrying few but distinct rearrangements.

The care of people living with mental illness in the Hungarian social care system: The process of deinstitutionalization and the phenomenon of stigmatization

The aim of this study is to present a situation assessment within the framework of a comprehensive study of the social services for people with mental illness in Hungary. After setting the historical background, we describe in detail the current services, their anomalies, and the ongoing implementation of a strategy to deinstitutionalize them.

We reviewed the related academic literature and systematically collected and elaborated upon legal documents, decisions, and data from national databases.

We established that a paradigm shift is taking place in the social care of people with mental disorders in Hungary. The lack of human resources, the paternalistic, institution-centered attitude, the mass supply of social services in dilapidated buildings, and the stigmatization of patients are among the greatest problems. Cooperation between the health and social sectors is inadequate and, in the interests of patients, needs to be improved.

Hungary needs a complex, integrated, health-and-social-care supply system for people living with mental illness, one that takes into account both personal needs and assistance to recovery. In the continuation of the deinstitutionalization process, emphasis should be placed on social sensitization. 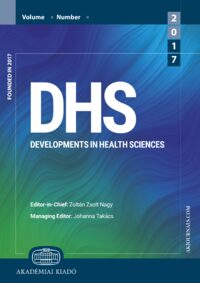