And the first shall be the last

This study analyzes the puzzle of Hungarian economic drifting in a long run perspective. The underlying puzzle for the investigation is why bad policies are invariably popular and good policies unpopular, thus why political and economic rationality never overlap. The first part of the article summarizes in eight points the basic features of the postwar period. Then six lessons are offered, which might be useful for other countries in transition or for students of comparative economics and politics, lessons that can be generalized on the basis of the individual country experience.

This essay attempts to go beyond presenting the bits and pieces of still ongoing crisis management in the EU. Instead it attempts at finding the ‘red thread’ behind a series of politically improvised decisions. Our fundamental research question asks whether basic economic lessons learned in the 1970s are still valid. Namely, that a crises emanating from either structural or regulatory weaknesses cannot and should not be remedied by demand management. Our second research question is the following: Can lacking internal commitment and conviction in any member state be replaced or substituted by external pressure or formalized procedures and sanctions? Under those angles we analyze the project on establishing a fiscal and banking union in the EU, as approved by the Council in December 2012.

The crisis of 2008–2009 has ended, stockmarkets skyrocketed in 2012–2013, while growth of the real sector remained sluggish in Europe. This article attempts to explain the latter puzzle. Analyzing long term factors, the costs of short-termism in crisis management become obvious. The limitations of EU as a growth engine are highlighted.

This essay is an attempt to generalize experiences of Central and Eastern European universities in the field of European Studies over the past 20 years. The paper follows the logic of business analysis in order to come up with proposals for future action.

Runiform fragments of the late Avar period from Hungary

Although the East Old Turkic runiform inscriptions were deciphered already in 1893 by Thomsen (1896), the East European runiform fragments still present a mystery: we do not exactly know whom they belong to, which language(s) they represent, etc. During the last hundred years several attempts have been made to decipher them but nobody could provide a widely acceptable interpretation. This is because of the very nature of the findings: they are few in number and short in length. Accordingly, there is a consensus among the competent scholars that the decipherment raises serious difficulties which cannot be solved for the time being.It is, however, our primary task to document and catalogue every new finding as precisely as possible in the hope that the decipherment will one day be possible.The present article will document and analyse hitherto unknown runiform inscriptions carved into two bone plates for the grip of a bow found in a late Avar cemetery at Kiskundorozsma in South-East Hungary. The article is divided into two parts: first, an archaeological analysis with radiocarbon and thermoluminescence dating, second, a palaeographical analysis with the emphasis on methodology. 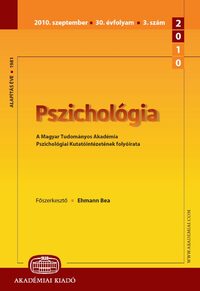