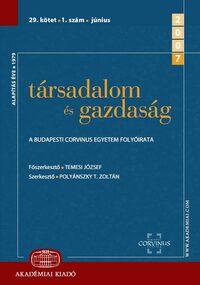 From Anti-equilibrium to the Socialist System and beyond

This essay attempts to understand János Kornai’s works from a political economy perspective. It argues that Kornai has significantly contributed to the formation of a new paradigm of political economy. The main endeavor of Kornai has been the combination of analytical concepts of economics with the empirical description of real economies. After a certain period of theoretical experimentation János Kornai formulated his research program that can be called the shortage economy explanation of the socialist system. The Economics of Shortage and The Socialist System have created a new theoretical paradigm in a framework in which it has become possible to establish a connection between the analytical and empirical, universal and historical aspects of the theory studying the socialist system as a real economic entity. János Kornai has built his analysis of the socialist system on the primary role of politics in the creation of economic institutions. In his present work on capitalism he has extended this thesis to the capitalist system. This seems to be an important contribution of his to a new political economy paradigm that is just in the process of formation.

Hayek’s theory of socio-cultural evolution is a generalization of his theory on spontaneous market order. Hayek explains both the emergence of market and social institutions serving as a social basis for that order within the framework of a unified evolutionary logic. This logic interprets the emergence and survival of spontaneous order and group-level rules of conduct as an unintended consequence of human action. In order to explain the emergence of social norms exclusively on the basis of methodological individualism, one would have to give up an exclusively evolutionary explanation of these norms. Since Hayek applies the invisible-hand explanation to the investigation of social norms, he combines the position of methodological individualism with functionalist-evolutionary arguments in his analysis. Hayek’s theory of socio-cultural evolution represents a theory in the framework of which methodological individualism and functionalism do not crowd out but complement each other.

Capitalism and democracy in the postsocialist transformation. Basic concepts

The paper examines theories on the relationship of market and democracy. Four theorems may be distinguished: (1) The necessity theorem: market (M) is the necessary condition of democracy (D) ([M→D]+). (2) The inequality theorem: market undermines democracy ([M→D]–). (3) The optimality theorem: democracy is the optimal condition of market ([D→M]+). (4) The disability theorem: democracy undermines the market ([D→M]–). My question is whether these theorems include or exclude each other. After the reconstruction of the four theorems I examine the six possible combinations of them. My conclusion is that the theory stating that market and democracy mutually reinforce each other is compatible with the theory discussing the confl icts between market and democracy: the two theories do not constitute a logical contradiction. This analysis assists in understanding why the relationship of capitalism and democracy may be relatively stable: the selectivity of democracy and the political restrictions of market do not undermine, do not eliminate economic and political freedom, but sustain it in a modifi ed form.