Megatrends in the Population, Growth, Employment, and Development 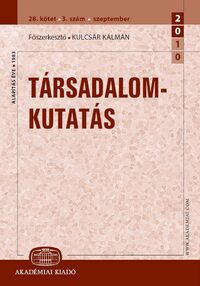 The clay mineral composition of four brown forest soil profiles (Luvisols) developed on different parent rocks was studied in detail to determine the major clay mineral alteration processes. In the studied profiles a siltstone bedrock weathered to chlorite/vermiculite and vermiculite in a less developed, shallow soil profile, while the major product of soil formation in a clayey, well-developed deep soil is a typical soil montmorillonite with heterogeneous charge distribution. The most possible pathway of clay alteration is illite smectitization via charge reduction, and considerable degradation of smectite in the soil formed on limestone. On the contrary, weathering of andesite parent rock involves the formation of low charged smectite altering to high charged vermiculite during pedogenesis.

Relatively few, and inconsistent, data are available in the literature about the properties of EnSeal®, an electrosurgical tissue-sealing device. For this reason, we conducted control safety tests on experimental pigs. The mean burst pressure of sealed vessels (2–7 mm in diameter) proved to be 873.89 ± 120.57 mmHg (n = 60). Surface temperature increased to 69.25 ± 0.98 °C in average (n = 22). The mean diameter of the collateral microscopic thermal injury zone was found to be 0.28 ± 0.04 mm, and it did not show significant differences among the groups of tissues studied (n = 183). During our studies, the device worked reliably and met the relevant requirements in all cases. It can be established that EnSeal® enables high-safety clinical interventions at high blood pressure values, in different tissues and even at sites adjacent to heat-sensitive tissues, and thus it paves the way for new operative solutions in both human and veterinary surgery. In our opinion, the discrepancies between data reported in the literature arise from differences in the design of studies and in the designated limit values. To ensure standardisation, we recommend the use of the nitroblue-tetrazolium chloride/lactate dehydrogenase (NBTC/LDH) enzyme histochemical technique for studying thermal injury induced by the different performance levels and application times of devices operating with electromagnetic energy.

Lead is a frequent, potentially toxic pollutant of the urban environment. Its risk assessment in airborne particulate matter requires data both on its speciation and potential sources. In this paper we present results of a detailed mineralogical (XRD and TEM) and geochemical (selective chemical extractions and lead isotope ratio analyses) study of total suspended particulate (TSP) matter samplesfrom Budapest, Hungary, to fulfill these requirements.

Total lead concentrations showed significant enrichment in the studied TSP samples as compared to its geochemical background value. It could be associated with several host phases. The potentially mobile fraction of lead, which could also be harmful to humans, can be as high as 16% of the total lead. This is represented by Pb sorbed on the surface of clay minerals and in the form of carbonates (and sulfates). On the other hand, between 20 and 30% of total lead of TSP material is hosted by magnetite, a highly resistant mineral. However, its rapid oxidation during combustion processes to hematite and/or weathering in the acidifying urban environment to ferrihydrite, may result in the enhanced mobilization of lead.

The lead isotope composition of the TSP samples suggests the mixing of several sources for this metal, with slight variation among the sampling sites. Despite the phasing out of leaded gasoline, its contribution to the Pb content of the TSP was observed. Our data also supported that the presence of lead of gasoline origin decreases in the airborne TSP during the last decade in Budapest. Another important source for lead is found to be coal combustion linked to domestic and industrial heating. Lead isotope ratio data suggest additional source(s) for this metal, at least in certain localities, but further investigations are necessary to specify them.

Preliminary results on the Co, Sr and Cs sorption properties of the analcime-containing rock type of the Boda Siltstone Formation

The search for nuclear waste deposits have been focusing on formations containing large amounts of clay minerals, as they potentially possess significant isolation capacity due to their radionuclide sorption ability. In this study the immobilization processes for Co, Sr and Cs ions on the recently described analcime-containing rock type of the Boda Siltstone Formation were investigated by batch sorption experiments. Our data suggest a high radionuclide immobilization capacity for this rock formation in the following order: Sr > Co > Cs. The dominant immobilization processes were found to be ion exchange and precipitation for Co and Sr, and chemisorption for Cs. The necessity of further sorption analyses on the studied rock formation is also raised.

Sideritic—kaolinitic and green clay layers were previously reported from the Mecsek Mountains (SW Hungary) as indicators of Tethyan volcanism in the otherwise germanotype Middle Triassic succession. The aim of the present study is to provide a review and a critical re-evaluation of the previously published data on both the sideritic—kaolinitic layers (the so-called “Mánfa Siderite”) and the green clay layers. New results of mineralogical investigation of the green clay layers are also presented. The Middle Triassic volcanic origin of the “Mánfa Siderite” cannot be confirmed. In addition to a possible volcanic contribution, the sideritic—kaolinitic layers were probably formed in a freshwater swamp under humid, tropical climatic conditions, whereby weathering in an organic-rich, acidic environment led to the formation of “underclays” and siderite in the coal-bearing formations of Late Triassic to Early Jurassic age. These layers were probably tectonically placed over Middle Triassic carbonates. The illitic green clay layers intercalated in the Middle Triassic dolostone may represent terrigenous deposits, and the illite mineralogy probably is the result of burial diagenesis of detrital clays.

In the present series of cases, 8 laparoscopic cryptorchidectomies and 4 laparoscopic ovariectomies were carried out in sedated standing horses. Sedation involved a lesser anaesthesiological risk than does general anaesthesia. As compared to laparotomic exposure, the minimally invasive laparoscopic intervention provided better visualisation, shorter operative time and faster recovery. The blood vessels supplying the testes and ovaries and the suspensory ligaments of the organs were sealed and cut with EnSeal®, an adaptive bipolar electrosurgical blood vessel- and tissue-sealing device. The clinical use of the blood vessel- and tissue-sealing device proved to be successful in all cases. Gradual separation of the intact tissue from the treated, compacted, dehydrated and homogenised tissue areas and occlusion of the lumen of blood vessels treated with the device could be observed in all histological sections. To the best of our knowledge, this is the first report on the use of EnSeal® for laparoscopic cryptorchidectomy and ovariectomy in horses.

The authors describe a case of synchronously occurring (double) tumours, i.e. primary hepatocellular carcinoma and aortic body chemodectoma in a 14-year-old mixed-breed male dog. The tumours were identified during necropsy, following euthanasia. In the last months of its life, the dog showed signs of weakness, anorexia, apathy, inactivity, and abdominal palpation elicited a painful reaction. The primary liver cancer emerged in the left lateral lobe without evidence of any distant metastases. Histopathological and immunohistochemical investigations revealed a well-differentiated, trabecular, claudin-7-, claudin-5- and pancytokeratin-negative hepatocellular carcinoma. The Ki-67 proliferation index was 33%. During necropsy, a synchronously occurring benign, grade I type aortic body chemodectoma was also detected in the dog. This neuroendocrine tumour showed chromogranin-, synaptophysin-, neuron-specific enolase- and S100 protein-positivity, and the Ki-67 proliferation index was 2%. The authors believe that this is the first description of synchronously occurring hepatocellular carcinoma and aortic body chemodectoma in a dog.