Tartary buckwheat, known for its rich source of health beneficial secondary metabolites, is cultivated in many areas of the world. Among different environmental factors, photoperiod strongly influence its growth, flowering time, and ultimately the yield. In this context, epigenetics could contribute significantly in the regulation of plant response against changing environment. Therefore, with the aim to study the involvement of DNA methylation in photoperiod mediated plant response, genome-wide DNA methylation analysis was performed in two accessions (A1 and A2) of Tartary buckwheat using three photoperiodic treatments, i.e., 10-hr light/day (T1), 12-hr light/day (T2), and 14-hr light/day (T3). Flowering time and plant fresh weight data revealed that accessions A1 and A2 prefer T1 and T2 treatments, respectively. Total DNA methylation ratio increased with the increase in photoperiod in accession A1 but decreased under same conditions in accession A2. Full methylation increased significantly while intensive decrease in hemimethylation was noted from T2 to T3 in A1, whereas full methylation strongly increased and hemimethylation strongly decreased from T1 to T2 in A2. Overall, the DNA methylation events appeared more frequently than demethylation events. This study reports for the first time an accession-/genotype specific pattern of shift in the DNA methylation under different photoperiodic treatments that will pave the way toward identification of specific genes involved in the regulation of plant response against photoperiodic stress. 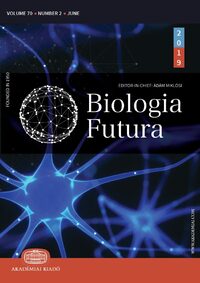 Control of mating plug expelling and sperm storage in Drosophila: A gynandromorph- and mutation-based dissection