Contemporary Language Motivation Theory – 60 Years Since Gardner and Lambert edited by Ali H. Al-Hoorie and Peter D. MacIntyre was published by Multilingual Matters in 2019. It is a valuable and diverse anthology of reminiscences given by outstanding scholars in relation to Gardner's seminal paper on ‘Motivational variables in second language acquisition’, which appeared in the 1959 edition of Canadian Journal of Psychology.

The purpose of the book is to pay tribute to Gardner, the father of the socio-educational model by assessing the effect of his innovative theory on the scholarly world in a complex way and to demonstrate how this model has led to innumerable research ideas since its appearance in 1959. This successful book brings together leading scholars researching motivation on second language learning and acquisition from a wide range of fields such as social psychology, sociology, applied linguistics, historical and methodological issues as well as it provides the reader with a whole lot of new ideas for future exploration.

Ali H. Al-Hoorie works as an assistant professor at the English Language Institute, Education Sector, Royal Commission for Jubail and Yanbu in Saudi Arabia. As a PhD student his supervisors were Zoltán Dörnyei and Norbert Schmitt at the University of Nottingham. His main research interests include motivation and research methodology.

Peter D. MacIntyre is a professor of psychology at Cape Breton University. He carried out his PhD studies with Robert C. Gardner himself and the majority of his research deals with the psychology of communication.

The publication follows a very sensible structure. The Foreword is written by Zoltán Dörnyei, who himself was influenced by Robert Gardner's work and who celebrates the significance of the Gardnerian theory. He emphasises the importance of Gardner and Lambert's 1959 seminal paper as the official beginning of new notions of integrativeness and instrumentality. In the Foreword, great attention is paid to the explanation of Dörnyei's L2 Motivational Self-System, to which model the basis was served by Gardner's theory of integrative motivation.

In Integrative Motivation: 60 Years and Continuing the editors Ali H. Al-Hoories and Peter D. MacIntyre explain the reasons for the significance of Gardner's research paper on scholars interested in motivation for second language acquisition. First of all, Gardner found that attitudes and motivation MATTER alongside aptitude and intelligence (Gardner & Lambert 1959), which marked the beginning of a social psychological approach to language acquisition. Second, Gardner's socio-educational model can be considered a milestone as it was born at a time when cognitive factors rather than non-cognitive factors in motivation were taken into consideration. Third, Gardner and Lambert employed an innovative statistical analysis test, which is still used today.

In Looking Back and Looking Forward, Robert C. Gardner himself gives a richly detailed and comprehensive description of the research carried out on attitudes and motivation in second language acquisition. He explains how his initial interest in being a successful and motivated language learner led to his idea of the socio-educational model through developing his Attitude Motivation Test Battery, which test makes it possible for researchers to assess social psychological factors when learning a foreign language. He also expresses his appreciation towards future research directions.

After the aforementioned introductory chapters the anthology is divided into four main parts, each demonstrating research result from a different perspective, with a focus on the connection between Gardner's socio-educational model and its influence on the specific field.

The first chapter deals with the role of non-cognitive factors such as emotions in second language acquisition. Tammy Gregersen, Peter D. MacIntyre and Jessica Ross endeavour to demonstrate the significance of positive emotions in second language acquisition. They embark on showing how Gardner's integrative motive and the PERMA (Positive Emotion, Engagement, Relationships, Meaning, Accomplishments) framework developed by Seligman are interrelated (Seligman, 2011). The second chapter details the research carried out by Bernaus in two multilingual areas in Spain, it is examined how both teacher's and learner's motivation and attitudes contribute to the successful learning process. In the third chapter, MacIntyre, Dewaele, Macmillan and Li examine the AMTB model developed by Gardner and his socio-educational model from an affective dimension. Gardner emphasises the three most significant factors of the socio-educational model: attitude toward the learning situation, integrativeness and motivation (Gardner, 2010). As suggested by Gardner (2005, pp. 20–21):

… ‘our research has indicated clearly, I believe, that if an individual is highly motivated to learn another language, has an open and accepting approach to other cultural groups and/or a strong emotional interest in the target language group, and has a positive evaluation of the learning situation, then we might describe that person as being integratively motivated to learn the language. We would probably also find that the person is very successful in learning and using the language.’

Finally, in the fourth chapter, Lantolf and Swain take a look at Vygotsky's theory perezhivanie when discussing the role of emotions as well as the connection between emotions and Vygotsky's psychological theories.

Part Two, entitled ‘Social Psychology/Sociology’, consists of three studies and it proceeds to give the reader an insight into the non-linguistic outcomes of language learning such as identity, prejudice or discrimination. In the first paper, Rubenfeld and Clément summarise the influence of the relationships one has in his/her macro-social context and discuss the significance of identity and social context. They demonstrate how Gardner's socio-educational model led them to believe that identity, adaptation and social harmony are all related to second language acquisition. In the second study, Cila and Lalonde then demonstrate the way in which Gardner and Lambert's theory on the role of integrative and instrumental motives influenced them to examine the identity of an individual marked by baby names and the way baby naming serves as a tool for maintaining heritage culture in a bicultural environment. In the final paper of the second part of the publication, Norton discusses the effect Gardner's model of motivation has had on her research and also the connections between Norton's construct of investment and Gardner's theory. Both scholars are interested in the relationship a language learner has towards the social world yet while Gardner's main field of interest focuses on measurement as a sociological construct, at the centre of Norton's research stands issue of power within and beyond classrooms.

Part Three, entitled ‘Historical/Methodological Issues’, consists of five studies and provides the reader with an insight into the historical/methodological background of language learning theories. The first chapter starts with a very interesting structure in which Rebecca L. Oxford embarks on presenting seven snapshots to examine Gardner's work. She discusses themes in detail such as a comparison of Gardner's use of terminology to that of others', changes in motivation concerning the individual learner, the learner's cognition, the macro-perspective, and a final snapshot on Norton's use of Gardner's model. In the second chapter, Ushioda shares her views on how qualitative inquiry in second language motivation research has grown and developed since Gardner and Lambert (1959). In the third chapter, Tremblay discusses the significance of quantitative techniques such as factor analysis, psychometrics, structural equation modelling and multilevel modelling in second language learning research. He describes how Gardner has contributed to quantitative methods and how these techniques have influenced Gardner's research. In the fourth paper, Claro examines integrativeness and identification with external/internal referents in second language learning research. He also suggests ideas for future research directions such as the effect of role models on the ideal L2 self and the usefulness of a fully developed scale measuring L2 students' identification with L2 speakers. In the final paper of Part Three, Edwards describes how, with Gardner's contribution, social psychology has been established as a sub-discipline of language research and demonstrates its importance within a context of historical and philosophical context.

Part Four, entitled ‘Discussants’, consists of two papers. In the first paper, Phil Hilver and Diane Larsen-Freeman elaborate on their contributions to this anthology from a theorist's perspective discussing the theory of Complex Dynamic Systems. In the second paper, Horwitz shares how Gardner's research has given rise to new applied questions in connection with second language acquisition.

In the Epilogue Giles takes a close look at social psychology, Gardner's original field of interest, thus providing an excellent frame for the papers edited in the book.

The purpose of the book is to highlight the influence of the socio-educational model developed by Gardner and the effect this outstanding academic has had on the scolarly field. It also suggests future research ideas to be explored. This publication is a very valuable, diverse and up-to-date collection of scolarly writings with some personal touch to it. It is highly recommended to both students as well as established researchers who show interest in and dedication towards motivation in second language learning and acquisition. 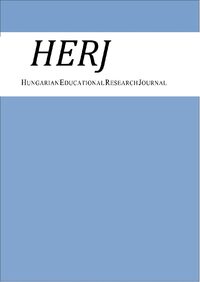 Overview of early childhood care and education in Malaysia

The Austrian ECOLOG-schools programme: History, structure, lessons learned, and impact of a network1