According to current clinical guidelines [9], CMR imaging is recommended for global evaluation of cardiac function and structure in patients with heart failure, as it represents the gold standard for determining LV function, volumes and mass, especially if echocardiographic data are inconclusive. Furthermore, the use of perfusion imaging provides a non-invasive approach to diagnose myocardial ischemia as the underlying etiology of an impaired LV function. Nonetheless, only limited data exists with regards to the feasibility and accuracy of CMR perfusion imaging in this clinical setting [10] where the detection of ischemia may be challenging due to LV remodeling including wall thinning, and the presence of scar tissue. In this setting, using a 3D method with high spatial resolution and full LV coverage, may potentially improve the diagnostic accuracy of perfusion analysis in selected patients.

In this study, we therefore aimed to assess the diagnostic performance of 3D CMR perfusion imaging with regards to the detection of significant CAD (as defined by fractional flow reserve (FFR) measurements (<0.8) or significant stenosis on quantitative coronary angiography (QCA)) in patients with depressed LV function (EF =50%). We selected individuals who underwent ischemia testing with suspected and known CAD as part of a multicenter trial, in comparison with a control group matched from the same study population.

The study cohort consisted of patients who had been recruited into 3 prospective studies [7, 8, 11] evaluating 3D CMR perfusion imaging for the detection of CAD in a multi-center setting. Pooling the available patient data resulted in a total of 447 individual data sets of patients from 5 European centers (University Hospital Zurich, Switzerland; University Hospital RWTH Aachen, Germany; German Heart Institute Berlin, Germany; King's College London, United Kingdom; University of Leeds, United Kingdom) who were scheduled for diagnostic coronary angiography due to suspected and known CAD and who underwent 3D perfusion imaging. 416 of these patients had already been included in the initial 3 studies, 31 patients with reduced LV function could be identified from pre-existing data-sets and were specifically analyzed for the current study in order to increase the number of patients in the subgroup of individuals with an impaired LV function. Out of the total of 447 patients, 86 patients with left ventricular ejection fraction (EF) of =50% measured by CMR imaging were identified. A control group consisting of 86 patients with an EF>50% matched for age, gender and major cardiovascular risk factors (arterial hypertension, diabetes, smoking, positive family history, obesity and hyperlipidemia) was selected from the same cohort. All patients had given written informed consent and the study had been approved by local ethics committees. Patients were excluded from study participation if contraindications to CMR imaging (e.g. claustrophobia, incompatible metallic implants) or adenosine-administration (asthma, higher-degree AV-block) were present. Prior to the examination, patients were instructed to refrain from caffeine-intake for 24 h.

CMR imaging was performed at 1.5 and 3.0?T scanners of a single vendor (Philips, Best, The Netherlands) using either a 5-, 6-, 28- or 32 element coil for signal reception. A vector ECG was used for cardiac synchronization.

The imaging protocol consisted of cine sequences in standard cardiac geometries and LV function was measured by applying the disc-summation method in a short-axis geometry with full LV coverage. The 3D perfusion was planned with a short-axis geometry covering the LV from apex to base. Adenosine was used as the pharmacological stressor and administered intravenously at a dosage of 140 5g/kg/min under continuous monitoring of blood pressure and heart rate. 3D stress first-pass perfusion imaging was performed after at least 3 min of adenosine infusion using a gadolinium-based contrast agent followed by a saline flush and image acquisition was performed during a single breath-hold. The identical 3D perfusion scan was repeated at rest.

The imaging protocol has been previously described in detail [7, 8, 11].

All CMR examinations were analyzed visually at a core laboratory by reviewers who were blinded to patients' clinical and angiographic data using a dedicated workstation (ExtendedWorkSpace, Philips Healthcare, Best, The Netherlands) as part of the initial multicenter studies. The pre-existing data was used for our analysis. In the case of the additional 31 patients specifically added for our study, new analyses were performed according to protocol.

From all short axis slices acquired during perfusion imaging, those with a clearly definable left-ventricular (LV) cavity enhancement during contrast agent first-pass and >75% of circumferential LV myocardium being present were selected. Each slice was divided in 6 equally distributed segments and evaluated visually. A perfusion defect was defined as pathological if it persisted for at least 3 consecutive dynamics, displayed >25% of transmurality and showed no defect on rest perfusion or late gadolinium enhancement (LGE) in the respective segment.

Coronary angiography was performed according to standard protocols. A 0.014-inch coronary pressure sensor tip wire (Volcano Therapeutics, San Diego, California or Pressure-Wire Certus, St. Jude Medical Systems AB, Uppsala, Sweden) was used for fractional-flow reserve (FFR) measurements in vessels with =2 mm luminal diameter presenting with a =50 and =80% diameter stenosis in 2 orthogonal views. A FFR value <0.8 was considered to signify a functionally relevant stenosis. In cases of total occlusion or high-grade stenosis (>80%) no FFR measurements were performed due to their assumed hemodynamic relevance and a FFR value of 0.5 was assigned for statistical analysis.

QCA was performed off-line by an independent reviewer blinded to the results of CMR imaging.

Continuous variables are expressed as mean 1 standard deviation, categorical variables as numbers and ratios. Student's t-test was used for comparisons between continuous variables and the Chi-Square test was applied for categorical variables. Sensitivity, specificity, positive predictive value and negative predictive value with corresponding 95% confidence intervals (95% CI) were calculated on a patient base according to standard definitions. Chi-Square tests were used to compare sensitivity and specificity between the subgroups. All tests were 2-tailed; a P-value =0.05 was considered to be significant.

Eighty-six patients with a left ventricular ejection fraction (LVEF) =50% were identified in the overall study population. A total of 86 patients matched for age, gender and major cardiovascular risk factors (including arterial hypertension, diabetes mellitus, hyperlipidemia, body mass index, smoking status and positive family history) and an LVEF>50% were used as the control group. Baseline clinical characteristics of the combined study cohort (n = 172, 80% male, mean age 63 1 10) and of the 2 subgroups stratified according to LV function are summarized in Table 1. A significantly larger proportion of patients with a LVEF =50% received heart failure medication including betablockers (92 vs. 57%, P < 0.001), ACE inhibitors (79 vs. 62%, P = 0.01) and diuretics (31 vs. 23%, P = 0.02). Furthermore, statins were more frequently administered in this subgroup (91 vs. 73%, P = 0.003) (see Table 1).

For patients with suspected CAD, CMR stress perfusion imaging has become an established diagnostic tool to assess the presence of significant coronary lesions especially in individuals with an intermediate pretest probability [12]. As was demonstrated by large studies such as CE-MARC [5] and MR-IMPACT [6], CMR perfusion imaging yields a high diagnostic accuracy, which in both studies was overall higher than for SPECT. Furthermore, CMR imaging provides other advantages for the management of cardiac patients including its avoidance of radiation exposure. The modality represents the gold-standard for the assessment of right- and left-ventricular function, volumes and mass but also allows a detailed tissue characterization of diseased myocardium, which renders CMR imaging a highly valuable tool in the differential diagnosis of various cardiomyopathies. This is reflected by a class I level C recommendation for CMR imaging in the current ESC guidelines for heart failure [9] patients for the assessment of the aforementioned cardiac parameters. However, due to a lack of evidence, myocardial perfusion imaging only received a class IIb level B recommendation irrespective of the utilized modality. We therefore aimed to assess the diagnostic accuracy of CMR perfusion imaging in this scarcely investigated patient cohort using a 3D CMR perfusion imaging sequence, which offers full LV coverage and is highly reliable for the assessment of CAD with invasive measurements as the reference standard as documented in previous trials [7, 8, 11]. Of note, this imaging modality enables a quantitative ischemia assessment by calculating individual MIB values.

Our patient cohort consisting of 86 individuals with impaired LVEF and an equally large control group matched for age, gender and major CV risk factors, which represents the largest study population investigated for this research purpose so far. Sammut et al. [10] investigated a much smaller patient sample to assess the feasibility of quantitative perfusion analysis at 3T and larger, controlled trials are missing so far. Additionally, there are no trials using FFR measurements as the reference standard for CMR perfusion analysis in this selected patient cohort.

The prevalence of CAD in our entire patient cohort was 56% (using FFR as the reference method), which reflects an average value for an intermediate risk population referred for CAD assessment. There was no significant difference with regards to CAD prevalence, if stratified into two groups according to LV function (59% for EF=50% vs. 54%, P = 0.4). The diagnostic accuracy for the entire cohort was high (AUC 81.4%) and remained unaltered irrespective of LVEF (AUC 79.1 for EF=50% and 83.7% for EF>50%). In patients with a reduced LVEF, sensitivity was high (90.2 vs. 78.3%), whereas specificity was markedly lower in this subgroup (62.9 vs. 90.0%, P < 0.005). The significantly higher percentage of myocardial scar (64 vs. 15%, P < 0.001) may serve as a possible explanation in this case. In the presence of LV remodeling, i.e. scar tissue and consecutive wall thinning - a phenomenon frequently encountered in heart failure patients irrespective of the underlying etiology - the differentiation of ischemic but viable myocardium from myocardial scar may be challenging. As our data suggests, CMR imaging's capability to correctly identify patients with significant ischemia isn't significantly reduced by the presence of myocardial scar, but a higher number of false positive test results has to be expected under these conditions.

Further controlled investigations need to be performed to prospectively investigate the prognostic scope of CMR perfusion imaging in patients with impaired LVEF and to establish MIB cut-off value to improve the modality's diagnostic performance and guide further management in affected individuals.

Patients were recruited from a patient cohort already scheduled for coronary angiography, which may therefore be biased due to the selection of the referring physicians. FFR measurements were only performed in vessels with a luminal narrowing between 50 and 80%, which is in accordance with current guidelines. The cut-off value for an impaired EF (=50%) didn't take existing sub-classifications of heart failure (i.e. HFrEF and HFmrEF) into account and further investigations would be needed to assess the diagnostic accuracy of CMR perfusion imaging in these subgroups. There was no further analysis with regards to the underlying etiology of the LV function impairment, which resulted in a mixed patient cohort of ischemic and non-ischemic cardiomyopathies as a larger patient sample would be needed to assess potential differences between these etiological subgroups. Only a comparably small proportion of our study cohort was female (20%), which would necessitate further investigations to explore potential gender-based differences with regards to the diagnostic accuracy of 3D CMR perfusion imaging in the setting of impaired LV function.

3D-CMR first pass perfusion imaging yields a high sensitivity and diagnostic accuracy with regards to the detection of significant CAD irrespective of left-ventricular systolic function. Specificity appears to be lower in patients with LV function impairment, which may be attributed to the higher percentage of scar tissue. The analysis of myocardial ischemic burden may be helpful in this setting, but potential cut-off values need to be further investigated in a prospective, controlled fashion.

T.F. L|scher has received consulting honoraria from Philips Healthcare. The other authors report no conflicts. 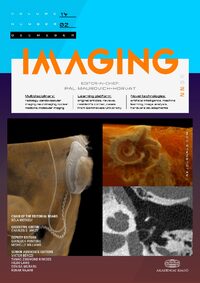