All the authors equally contributed to and have approved the final version of the manuscript.

JC-C, RB-A, DLK, and JB declare no conflict of interest. MNP has consulted for Shire, INSYS, Rivermend Health, Opiant/Lightlake Therapeutics, and Jazz Pharmaceuticals; has received research support (to Yale) from Mohegan Sun Casino and the National Center for Responsible Gaming; has participated in surveys, mailings or telephone consultations related to drug addiction, impulse-control disorders, or other health topics; has consulted for and/or advised gambling and legal entities on issues related to impulse-control/addictive disorders; has provided clinical care in a problem gambling services program; has performed grant reviews for research-funding agencies; has edited journals and journal sections; has given academic lectures in grand rounds, CME events, and other clinical or scientific venues; and has generated books or book chapters for publishers of mental health texts. 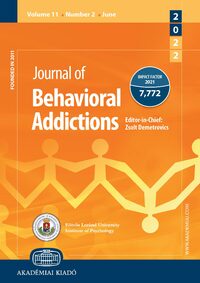