The present research examined the consequences of father abandonment for the reproductive strategies of girls from the Caribbean island of Curaçao. The sample consisted of 189 girls with an average age of 19.11 (SD = 2.97). Respondents were categorized in three groups, namely: ‘early father absence’ (abandoned between 0–5 years of age), ‘late father absence’ (abandoned between 6–13 years of age) and ‘father presence’ (father present during childhood). The results showed that compared to ‘late father absence’ girls and ‘father presence’ girls, ‘early father absence’ girls initiated sexual intercourse at a significant younger age. Moreover, they were less interested in getting married and in having grandchildren. These differences could not be explained by differences in educational level of the participants or occupational level of the father and the mother. There were no significant differences between the three groups in the age of menarche, the total number of sexual partners and the desire to have children. From an evolutionary life history perspective, we discuss possible explanations for, and implications of, these findings. 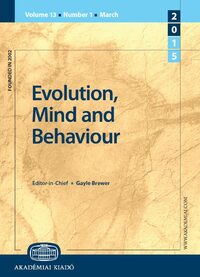