It has been reported that some of the food additives may cause sensitization, inflammation of tissues, and potentially risk factors in the development of several chronic diseases. Thus, we hypothesized that expressions of common inflammatory molecules – known to be involved in the development of various inflammatory conditions and cancers – are affected by these food additives. We investigated the effects of commonly used food preservatives and artificial food colorants based on the expressions of NFκB, GADD45α, and MAPK8 (JNK1) from the tissues of liver. RNA was isolated based on Trizol protocol and the activation levels were compared between the treated and the control groups. Tartrazine alone could elicit effects on the expressions of NFκB (p = 0.013) and MAPK8 (p = 0.022). Azorubine also resulted in apoptosis according to MAPK8 expression (p = 0.009). Preservatives were anti-apoptotic in high dose. Sodium benzoate (from low to high doses) dose-dependently silenced MAPK8 expression (p = 0.004 to p = 0.002). Addition of the two preservatives together elicited significantly greater expression of MAPK8 at half-fold dose (p = 0.002) and at fivefold dose (p = 0.008). This study suggests that some of the food preservatives and colorants can contribute to the activation of inflammatory pathways. 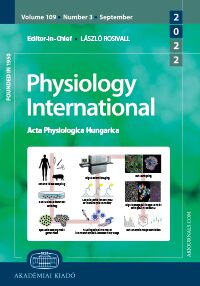 Neonatal hyperbilirubinemia: Background and recent literature updates on the diagnosis and treatment

Authors: V Boshra and A Atwa