The study investigates contextual effects on the processing of pre-verbal (preVf) and postverbal (postVf) focus sentences in an eye-tracking experiment. For comparison, lexically marked focus (only-f) sentences were also included. The test sentences were presented following two types of linguistic context: restrictive or non-restrictive. It was hypothesized that if preVf exhaustivity is purely structurally encoded, gaze will converge on the exhaustive target image at a similar rate in the two contexts, just as it does in the case of only-f. However, if context also has an effect on the emergence of exhaustivity in preVf, gaze should converge more slowly on the exhaustive target in the non-restrictive context than in the restrictive context as predicted in postVf. The results support the latter prediction: fixation patterns diverge in the case of both preVf and postVf sentences, while they do not in the case of the baseline only-f. 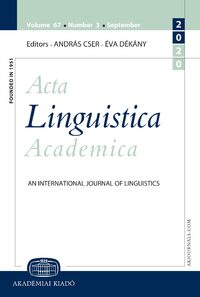