Water is an essential factor for all life and human survival and has an important role in the drinking water supply and economic sectors (Tiri et al., 2018). The need for water in household and industrial activities is still increasing every year. Nowadays, the world faces a water crisis due to industrial globalization, increasing residential and commercial areas, and agricultural lands that lead to enormous wastewater production (Abdelbasir and Shalan, 2019).

The presence of non-biodegradable organic compounds in wastewater, even in small amounts, causes severe public health problems due to endocrine-disrupting, toxic to living organisms, and potential carcinogens (Malik et al., 2020). For example, the industrial process, such as palm oil, olive oil, sunflower oil production, etc., generates many oily contents to wastewater, forming pollution. Oily content is a harmful waste that is discharged into the environment. The concentration and physical nature of the oily content and the droplet sizes affect the removal of oily content in wastewater (Coca-Prados and Gutiérrez-Cervelló, 2010).

Today, research about adsorption and coagulation for wastewater treatment is still under development. In addition to using chemical adsorbents and coagulants, researchers continue to develop alternative raw materials appropriate for use in the future. Hence, one of the most exciting research objectives is to find out new materials for wastewater treatment. The development of the world that leads to environmentally friendly materials has also encouraged increased research of natural adsorbents and coagulants.

Natural materials could be a potential resource for wastewater treatment that is low-cost, efficient, and environmentally friendly. Therefore, natural adsorbents and coagulants would be alternative solutions for the mitigation of pollution. This review presents and discusses recent information concerning the role of adsorption and coagulation methods in wastewater treatment. This review also compared the removal effectiveness of different natural adsorbents and coagulants as potential materials in the future.

Adsorption is a change in concentration of a given substance at the interface compared with the neighboring phases (Dąbrowski, 2001). Adsorption can occur in the following systems: solid-liquid, solid-gas, liquid-gas, and liquid-liquid.

The solution pH plays an essential role in the adsorption process; determining the initial pH condition is vital for increasing pollutants’ removal effectivity. pH condition in the solution affects the ability between hydrogen ions in the functional group such as hydroxyl (OH), carboxyl (COOH), amine (NH), and metal ions on the adsorbent surface (Huang and Liu, 2013).

Adsorption capacity could be described by contact time. Therefore, the adsorption process requires a specific time to reach equilibrium, which is the time when the adsorption is completed (Ariffin et al., 2017). In the application of contact time, there is time variation to achieve maximum process, depending on adsorbent material and adsorbate.

The adsorption method is widely used in wastewater treatment due to effective and efficient factors. During adsorption, several steps occur until the process finishes. The adsorption mechanism is shown in Fig. 1.

Adsorption processes are divided into two types, shows in Fig. 2. Physical adsorption (physisorption) and chemical adsorption (chemisorption) have different processes. The physisorption is responsible for attractive forces in molecules and generally occurs with a relatively low degree of specificity, whereas chemisorption is responsible for the structure of chemical compounds due to the involved electrons exchanges (Rouquerol et al., 2013; Tan and Hameed, 2017).

Dubinin-Redushkevich isotherm model describes the adsorption with a Gaussian energy distribution on a heterogeneous surface. This model could be used to determine the difference in the physical or chemical adsorption process (Üner et al., 2016). Furthermore, the standard model in the kinetic models is pseudo-first-order and pseudo-second-order.

The kinetic model could explain the adsorption process and possible rate-controlling steps, such as chemical reaction processes or mass transport (Anastopoulos et al., 2017). Generally, when adsorption occurs through diffusion through the interface, the kinetic model follows pseudo-first-order. However, pseudo-second-order has a benefit where equilibrium adsorption capacity could be calculated from the model and there is no need to calculate adsorption equilibrium capacity from the experiment (Sarma et al., 2019).

The adsorbent is an essential factor in the adsorption process. Adsorbents can capture pollutant substances onto itself, has porosity and is also insoluble in water (Abdi et al., 2017). The utilization of adsorbent usually considers several aspects, such as cost and adsorbent characterization. However, the cost and characteristics of these compounds can influence maximum removal in wastewater.

Conventional adsorbents are widely used as commercial adsorbent in the industrial sector or laboratory practice such as activated carbons, zeolites, commercial activated alumina, silica gels, ion-exchange resins. Activated carbons are excellent adsorbents to remove organic pollutants in secondary or tertiary treatment. These materials’ benefits are that they do not generate by-products and could be combined with other techniques such as an ultrafiltration membrane. However, activated carbons are expensive and nonselective. On the other hand, ion-exchange resins could reduce water pollution in the environment. The benefits of this material are no loss of adsorbent on regeneration and reclamation of solvent. Like activated carbons, this material is expensive (Crini et al., 2019).

Several adsorbents from inorganic materials have been studied for removed pollutants in wastewater. The research conducted by Feng et al. (2012) used superparamagnetic ascorbic acid-coated Fe3O4 nanoparticles to remove arsenic in wastewater. The result shows maximum adsorption capacity for arsenic (V) and arsenic (III) are 16.56 mg g−1 and 46.09 mg g−1, respectively. The Langmuir model was the best model for this study.

The study was carried out by Mahmoud et al. (2016) and used three MgO nanomaterials (MgOS, MgON, and MgOU) to remove Remazol Red RB-133 in aqueous solution. The result shows the removal efficiency of Remazol Red RB-133 on MgOS, MgON, and MgOU was achieved 100, 92, and 76.5% at 11 min, respectively. Simultaneously, the removal was completed on MgON at 40 min and MgOU at 60 min. The Langmuir and pseudo-first-order models were the best models for this study.

Wang et al. (2019) observed the use of Polyaniline/TiO2 (PANI/TiO2) as an adsorbent to remove methylene blue (MB). The result shows that the maximum adsorption capacity was 458.10 mg g−1 with pH application (pH 3-11). The regeneration of adsorbent was studied with used HCl solution (0.1 mol L−1) as a stripping agent and, after ten cycles, adsorption efficiency could be maintained around 99%.

Natural adsorbent origin is from natural materials or industrial waste/by-products such as agriculture, food, etc. It has a low cost and could be directly used or after minor treatment (Gupta and Suhas, 2009). For instance, agriculture waste is one of the foremost abundant renewable resources globally and available in a considerable amount (Adegoke and Bello, 2015), becoming a source of porous materials rich in active functional groups (da Rocha et al., 2020). Therefore, agriculture waste is a potential material that could be utilized in wastewater treatment.

The modification of rice husk (RH) or rice husk ash (RHA) was investigated by Phan et al. (2019). It used Triamine-activated rice husk ash (TRI-ARHA) as a potential natural adsorbent for nitrate and other anions removal. The TRI-ARHA shows a nitrate adsorption capacity (>160 mgNO3 −/g) compared to the anion exchange resin akulite A420 (∼80 mgNO3 −/g), with 10 cycles of adsorption-desorption. Similar results were obtained by Mor et al. (2016) using the activated rice husk ash (ARHA) to remove phosphate in wastewater and water. The ARHA would enhance the adsorption capacity for phosphate with maximum removal of 89% with pH 7, 2 g L−1 doses, and a time of 120 min.

Furthermore, the study by Thuy et al. (2020) applied magnesium chloride modified carbonized rice hull (MCRH) to remove ammonium from synthetic and domestic wastewaters. During the 27 h long treatment, MCRH with 1.8 g L−1 concentration could remove 90.7% ammonium (capacity of 41.0 mg g−1) for 81.3 mg L−1 synthetic wastewater and 86.8% for real domestic wastewater. The Langmuir model was the best model for this study, and based on the Dubinin-Radushkevich model, ammonium was physically adsorbed on MCRH.

Coagulation is a process where the pollutants, suspended particles lead to the sediment through collision with opposite particles and obtain agglomerate to form an insoluble agglomerate complex (Syam Babu et al., 2020). In several types of research, a coagulant dosage, settling time, and pH are the main factors determining the removal of the contaminant in wastewater. These factors will lead to the optimum conditions in the JAR test. The factor affecting coagulation shows in Table 3.

There are colloidal particles in the coagulation process that are negatively charged, which causes repulsion to occur. The coagulant is added to stabilize the colloid particles so that there is no repulsive force. Usually, the added coagulant is a poly-electrolyte that causes the zeta potential of the colloid close to zero points. Therefore, this process is called the charge neutralization mechanism (Amran et al., 2018). Furthermore, a high concentration of metal salts is added to the water causing the precipitation of amorphous metal hydroxides, and gradually large lumps are formed; this process is called sweep coagulation (Li et al., 2006; Zhao et al., 2011).

The bridging flocculation process could produce a very large floc due to the adsorption of high molecular weight linear-chain compounds commonly based on polyacrylamide. This process occurs at the same time in several particles (Hogg, 2013). Meanwhile, the patch flocculation process occurs because of the adsorption of the polymer onto the particles, thereby a local charge reversal is effected. The result of this process is an attraction force between each particle (Hjorth and Jørgensen, 2012).

Several coagulants from chemical materials have been studied for removing pollutants in wastewater. Dhanjal et al. (2018) analyzed the use of alum, potash alum, and poly aluminum chloride for pre-treatment of municipal wastewater. The result shows the most effective coagulant is poly aluminum chloride. The optimum dosage of 500 mg L−1 to remove pH, EC, TDS, TSS, and turbidity were 7.16, 700.3 μS cm−1, 973 mg L−1, 715 mg L−1, and 4.5 NTU, respectively.

Furthermore, the research was carried out by Li et al. (2016) used magnesium hydroxide as a chemical coagulant for dyes wastewater treatment. The different dosages and initial turbidity used to determine the optimum condition in coagulation. The result shows optimum dosage, initial turbidity and pH was achieved 144 mg L−1, 45 NTU, and 12, respectively. Besides, coagulant dosage increases have an effect of decreasing final turbidity.

Natural coagulant is produced from other natural sources, which have a functional group. For instance, agriculture waste has properties that provide excellent coagulation ability due to the presence of carboxyl and silanol groups (Ahmaruzzaman and Gupta, 2011). Natural coagulant is an environmentally friendly green product, unlike chemical coagulants that could affect human health and the environment (Othmani et al., 2020).

Besides, natural coagulants have been studied in some previous research, such as rice husk ash, Moringa oleifera, Trigonella foenum-graecum, and Hibiscus esculentus, Cassia obtusifolia, and papaya seed powder.

The previous research on RH and RHA for natural coagulants is still limited. For instance, Huzir et al. (2019) investigated the application of RHA as a potential natural coagulant for palm oil mill effluent (POME) treatment with optimum conditions was pH 3.6, 6.0 g with a time of 57 min. The results show RHA could remove the total suspended solids (TSS) and chemical oxygen demand (COD) up to 83.88 and 52.38%, respectively.

Sui Kim et al. (2020) applied T. foenum-graecum (fenugreek) as a natural coagulant and Hibiscus esculentus (okra) as a natural flocculant for the treatment of POME. The optimum conditions of removal percentages for TSS, COD, and turbidity were found in a dosage of fenugreek is 4.6 g L−1, a dosage of okra is 40 mL/500 mL POME, pH 4, and speed of mixing is 155 rpm. The results from fourier transform infrared (FTIR) spectroscopy show fenugreek and okra have properties that provide excellent coagulation-flocculation ability due to the presence of polysaccharides groups.

Shak and Wu (2015) analyzed the addition of C. obtusifolia seed gum as a natural coagulant with alum application for treatment of POME. The optimum conditions using response surface methodology (RSM) were found in a dosage of alum of 1.15 g L−1, a dosage of C. obtusifolia seed gum is 2.47 g L−1, and a settling time of 35.16 min. The removal percentages for COD and TSS were up to 48.22 and 81.58%, respectively. Kristianto et al. (2018) studied the use of papaya seed powder to remove color in synthetic textile wastewater. The result shows the percentage of removal of 84.77% with optimum conditions were found in coagulant dosage is 0.57 g L−1, and pH 1.97. 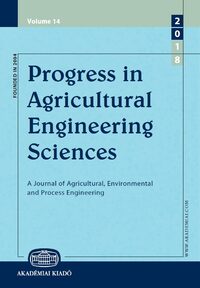